Fighting Back Against COVID’s Impact on NYC Transit

Getting New York’s Subways Back on Track

The COVID-19 pandemic has had a devastating impact on New York City transit. Low ridership and decreased tax revenue have led the MTA into the worst fiscal crisis in the agency’s history. Sign up here to get critical updates and join our efforts to save mass transit. 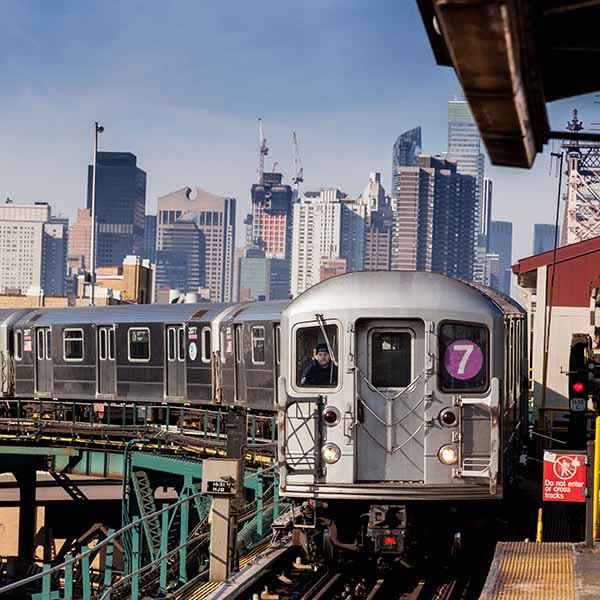 The Straphangers Campaign fights for safe, reliable, and affordable New York City mass transit, offers critical information to the public, and empowers riders to join the movement to:

Low ridership and decreased tax revenue have led the MTA into the worst fiscal crisis in the agency’s history. The current gap in funding totals more than $12 billion over the next four years. Without critical funding, the impact of this giant budget gap will be devastating for riders. Changes to transit could include: What’s more, low ridership has led to more cars on our streets, worsening the quality of bus and paratransit service and making our roads more dangerous and less walkable altogether. For New York City to recover from COVID-19, Congress must act. As part of a nationwide coalition, the Straphangers Campaign is fighting to win federal funding to save transit and secure the fate of New York City.

New York City’s bus system is far and away the largest in the country, providing more trips on an average weekday than Los Angeles, Chicago, and Philadelphia combined. The City also has the slowest buses in America – a fact that bus riders here know from bitter daily experience. The buses are so slow, in fact, that the Straphangers Campaign gives annual "Pokey" awards for excellence in slowness and unreliability. The Straphangers Campaign has partnered with a group of transit-oriented organizations dedicated to improving local bus service city-wide to form the New York City Bus Turnaround Coalition. The Coalition is urging the MTA and New York City Department of Transportation (NYCDOT) to adopt solutions to slow and unreliable bus service, and keep its promises for expanded dedicated bus lanes.

Getting New York’s Subways Back on Track

New York City’s subway system needs an upgrade. Aging infrastructure and outdated technology – including signals put in place in the 1930s, and many outdated subway cars, some of which were built in the early 1960s – are in many ways directly responsible for the biggest issues plaguing our subway system. In recent years, riders have suffered from frequent breakdowns and increased delays The subway system has suffered from both financial divestment and political neglect, and for years was starved for critical funding to pay for repairs and upgrades. The root of the many issues plaguing the subway is the outdated signaling system – modernizing this system is key to providing better subway service. Signals that use computer-based technology will not only allow subways to run more quickly and reliably, but it will enable the MTA to operate more trains per hour across subway lines. Installing this new technology will mean better, faster, safer, and less crowded trips for subway riders each day. The 2020-2024 MTA Capital Program is ambitious and requires an unprecedented level of funding for its promises to become reality. The Straphangers Campaign is fighting to ensure that these funds become a reality by winning the enactment of Congestion Pricing and by advocating to win additional revenue to ensure the success of this program.

Access-A-Ride Reform
Access-A-Ride, the MTA’s paratransit program required by the federal Americans with Disabilities Act, is notorious for offering a poor level of service to its riders. While it is a critically needed service, Access-A-Ride is plagued by long wait times, high unreliability, poor communications with its customers, and many missed appointments. The thousands of New Yorkers who depend on Access-A-Ride service deserve quick and reliable transportation options to connect them with their jobs, homes, schools, and other resources. The Straphangers Campaign is continuing to push the MTA towards adopting new methods of providing Access-A-Ride service that works for riders.

Subway Accessibility
New York City Transit is responsible for one of the largest subway systems in the world, but its system is by far the least accessible out of every major American city. Out of 472 subway stations, only 117 (around 24%) are compliant with the Americans with Disabilities Act (ADA). As stations across the system undergo maintenance and receive upgrades funded by the Capital Plan, the Straphangers Campaign is urging the MTA to actively seek ways to upgrade stations with elevators to increase the number of accessible stations, as well as conduct proper maintenance and repairs for elevators already in use.